Giles Engineering Associates served as the geotechnical consultant for the Northwestern Mutual Tower and Commons development. Due to the complex site area development history and differing ground conditions the project presented challenges to foundation and below-grade design and construction.. Fortunately, Northwestern Mutual, along with the project development and construction team were receptive to, and encouraged, innovative ideas.

The Northwestern Mutual Tower and Commons project actually consisted of two parts: a 32-story Tower and an adjacent, attached 4-story structure referred to as the Commons, stretching across two blocks. Multiple previous structures occupied portions of both buildings. The above-ground structure of a building in the western portion of the Commons had been demolished in the late 1970’s leaving a timber pile supported basement intact. This basement was desired to remain and become part of the new Commons building. Because of the existing pile supported basement and differing conditions, differential settlement tolerances across the development therefore became a key component of the project, along with foundation costs.

The 32-story Tower is supported by a mat foundation, which is not typical for large structures in downtown Milwaukee where piles are more commonly used. The adjacent, attached Commons is supported by a combination of spread footings in the eastern portion and timber piles, originally installed in 1931, in the western portion. The three different foundation systems ultimately utilized for the development resulted in a major cost savings to the project. Post construction settlement tolerances were achieved across the development by a combination of varying applied foundation pressures, foundation bearing soil improvement, and construction scheduling. For the 80+ year old timber piles, an extensive evaluation of their structural soundness was performed. In addition, a sub-drainage system, originally constructed in 1932 to control groundwater from the infamous Lake Emily, was converted into an automated permanent water injection system to maintain a water table above the piles, keeping the timber piles submerged and therefore, much less susceptible to rot in the future. 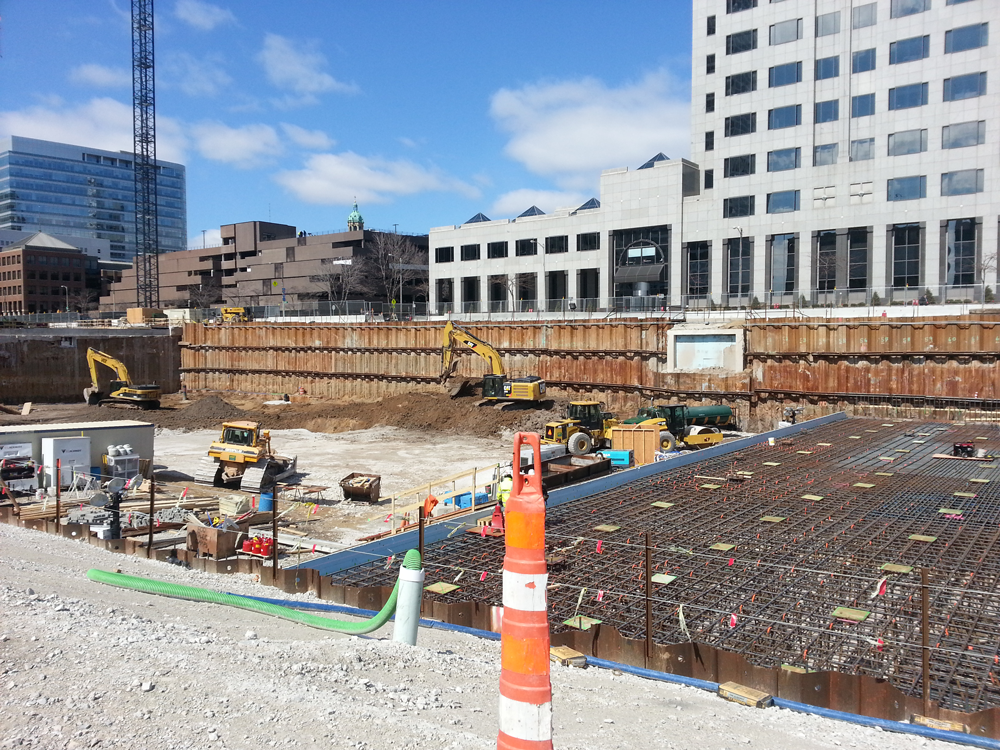 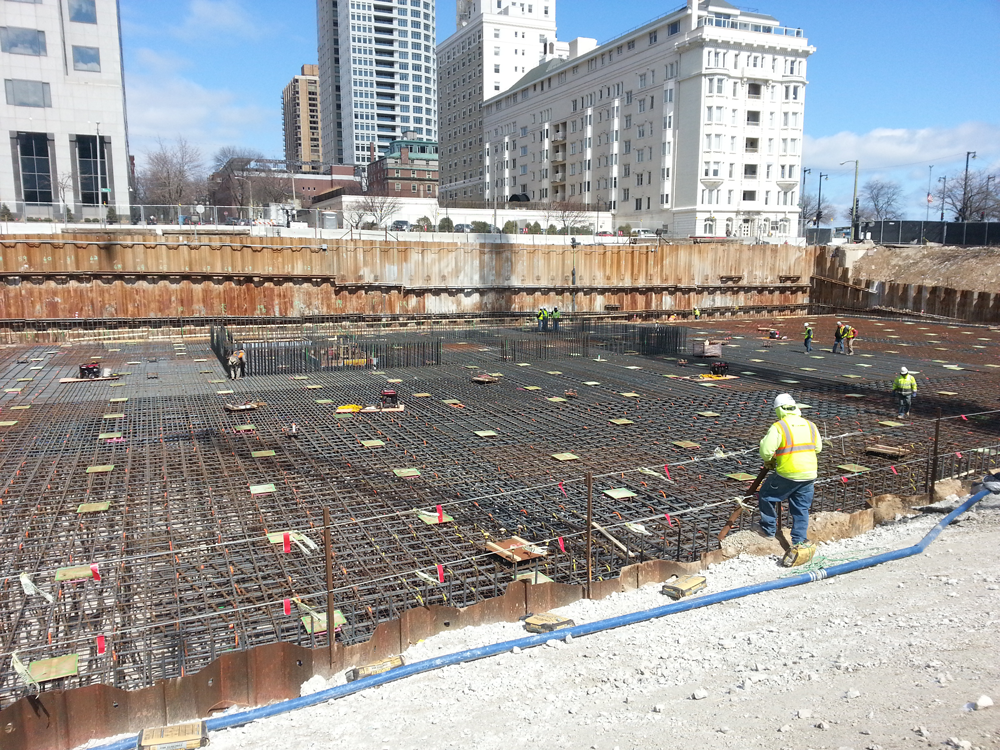 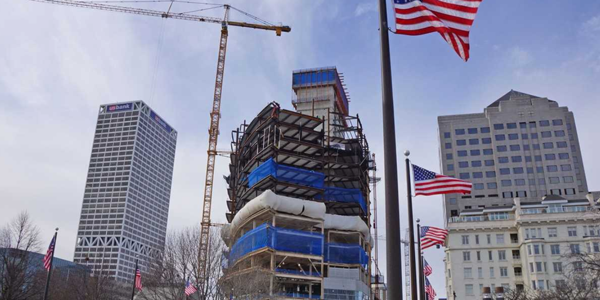